Krakow, the second largest Polish city after Warsaw, is the best tourist icon of Poland. For several centuries, it used to be a capital city and the seat of most of Polish kings. It is one of the most recognizable Polish cities in the world and the most visited Polish city by international tourists. Krakow was untouched during the Second World War and the whole district of the Old Town was added to the first-ever UNESCO World Heritage List in 1978. The European Commission honoured Krakow with the title of the European Capital of Culture in 2000.

What is more, Krakow is indeed an academic city having more than 200 000 students altogether and more than 30 universities and higher schools.

What to see in Krakow? 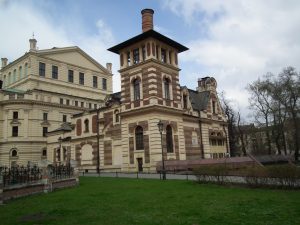 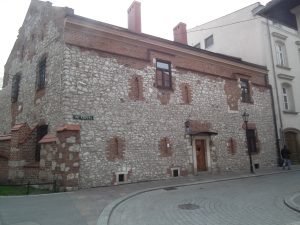 The historical centre of Krakow, the oldest part of the city, is situated at the foot of the Royal Wawel Castle and is surrounded by the remains of fortifications walls and the unique Planty park. As an exceptional example of an urban and architectural composition with the Europe’s largest market square and historical monuments which represent almost all architectural styles, the Old Town was listed as a Unesco World Heritage Site in 1978. 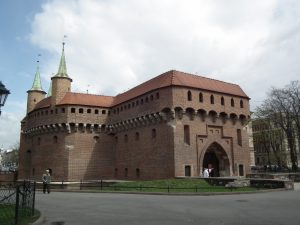 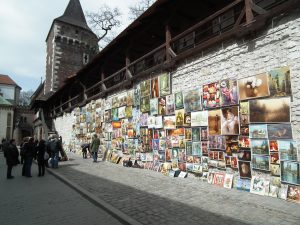 The tourists can visit the few remaining fragments of fortifications complex which surrounded the medieval town: the Gothic-style Barbican, the city walls and three defensive towers (the Carpenters’, Haberdashers’ and Joiners’ Towers) connected to St. Florian’s Gate.

In place of city walls, which were demolished by the Austrian authorities in the 19th century, there was created a unique park, Planty, encircling the oldest part of the city.

We should mention that the Barbican, built around 1498, is one of Europe’s three such fortified outposts, and probably the best preserved. Apart from being a tourist attraction it is now a venue for many exhibitions an occasional theatre productions.

The centre of Krakow, the former capital of Poland, is situated at the foot of the Royal Wawel Castle, which is one of the largest in Poland. It was once the seat of the Polish kings and today there is a great museum and court rooms. The castle represents nearly all European architectural styles of medieval, renaissance and baroque periods. In 1978 it was declared a UNESCO World Heritage Site as part of the Historic Centre of Krakow. 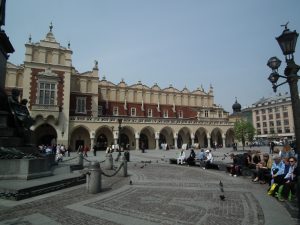 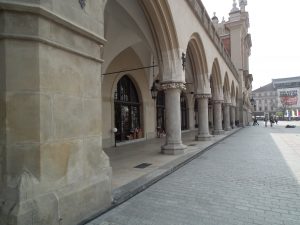 Measuring 200 metres square, the Main Market Square is one of the largest medieval squares in Europe. It is surrounded by many townhouses and you can find there plenty of cafes, pubs and restaurants!

On the Square’s there is the 70 metre City Hall Tower which is the only remaining part of the 14th century Krakow Town Hall.

The Cloth Hall (Sukiennice), situated in the centre of the Main Square, is a medieval trading hall and a very popular shopping venue where you can buy souvenirs and jewellery made by Polish artists.

St. Mary’s Basilica is one of most recognized Polish historical monuments with two towers dominating over the city, famous for its amazing wooden altarpiece carved by Veit Stoss (Wit Stwosz). You should find a moment to listen to a traditional, five-note Polish anthem – St. Mary’s Trumpet Call played every hour to the four parts of the world from the higher of the towers. 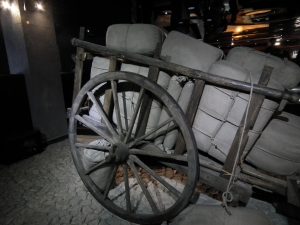 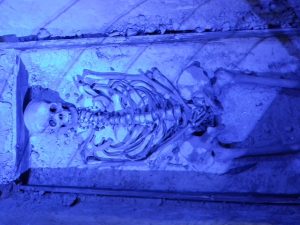 Main Square Underground, the museum opened in September 2010, is a hi-tech and highly popular place. Visitors are taken on a fascinating historical journey four metres under the surface of the market square to explore the city’s entire life. Audio guides are available in English, German, French, Russian, Italian and Spanish.

(the oldest building of the university, a tune show every 2 hours) 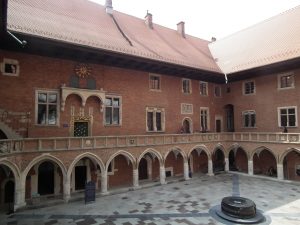 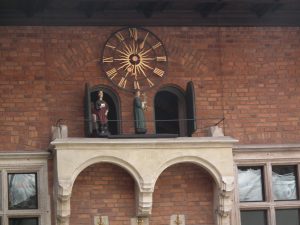 In XX century it was designated as the seat of the Jagiellonian University Museum which features lecture rooms, communal halls, professors’ quarters, a library and a treasury containing rectors’ Gothic maces and the Jagiellonian globe. Exhibits also include medieval scientific instruments, globes, paintings, collectibles, furniture, coins and medals. You can see there as well the 15th century clock which performs a little show with wooden figures of kings and famous professors parading to solemn music (it is tuned every two hours from 9:00 am untill 5:00 pm). 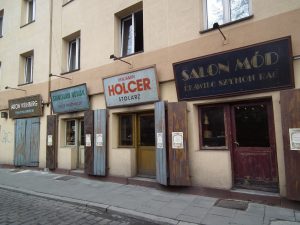 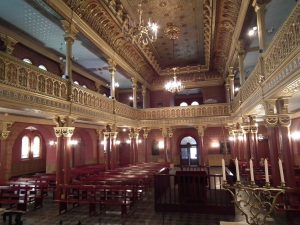 Once a separate town – the centre of Jewish life in Krakow for over 500 years, today a district of the city. Abandoned during the Second World War (the Jews of Krakow were forced by the Nazis into a ghetto in Podgórze district, on the other side of the Vistula river), in the communist era became one of Krakow’s unsafe and neglected places. As a great example of a successful process of revitalization and development of public space, Kazimierz became an open cultural space offering the unique atmosphere. A centuries-old coexistence of two cultures: Jewish and Christian creates an area vibrant with life. The tourist are amazed by Judaist historical monuments, synagogues, antique shops, works of art, all kinds of live music in pubs and restaurants as well as festivals (for example one of the highlights of Krakow: The Jewish Culture Festival).

(a typical bourgeois house of 17th and 19th century, free sightseeing on Wednesdays) 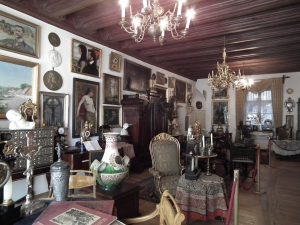 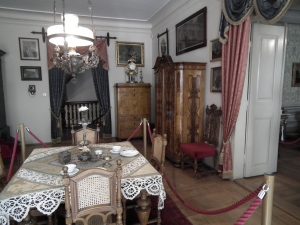 Worth a visit is the building located in the Krakow Old Town which belonged to a merchant family, the Hipolits, around the end of the 16th and beginning of the 17th centuries. You can feel there the climate of a typical life of former Polish citizens. The decoration of the interiors, rich with antiques, paintings and fabrics let the visitors travel back in time and know better the history of Krakow. 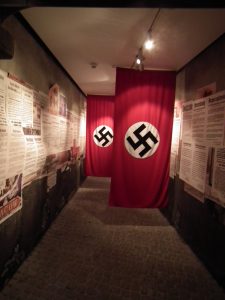 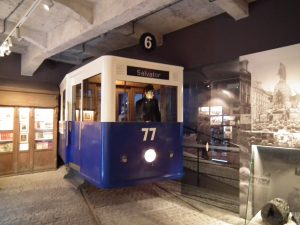 While visiting Krakow you should not skip the Historical Museum of the city of Krakow with its permanent exhibition: Kraków under Nazi Occupation 1939–1945. It is a Second World War story of Krakow’s Polish and Jewish inhabitants. The Polish-Jewish relations, which lasted over many centuries, were brutally interrupted by Nazi Germans in September 1939. The exhibition is located in the former administrative building of Oskar Schindler’s Enamel Factory and it shows the everyday life of the city affected by the tragedy of the Second World War. 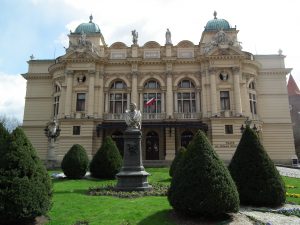 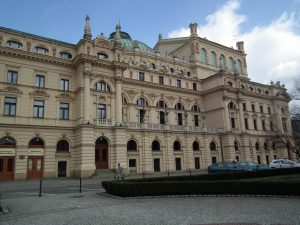 The Słowacki National Theatre was opened in 1893 and named after the very famous Polish poet Juliusz Słowacki in 1909. The theatre was modeled after some of the best European baroque buildings such as the Paris Opera, and it was the first building in Krakow equipped with electric light. During the occupation of Poland by Prussia, Austria and Russia, which lasted 123 years in the XIX century, many Polish artists, writers and politicians were forced to emigrate. The Słowacki National Theatre was the only theatre in non-existing Poland where Polish plays were allowed to be performed. Located in the province of Galicia, which at the turn of the XIX century was a center of modernist art, the theatre became the birthplace of the theatrical concepts of the Young Poland movement.

(Kraków's Social Realistic Suburb, it was to be a first socialist town in Poland) 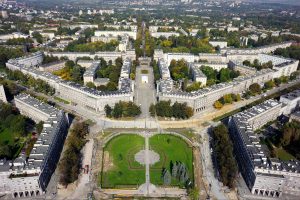 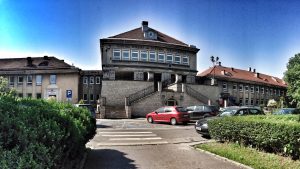 Nowa Huta, built by the Soviets after the II World War, was intended as an ideal socialist town, independent of Krakow. It was designed for the workers of Lenin Steelworks and was meant to be a “working class’ paradise”, providing employment for them and homes for their families.

It is interesting to recall that the location of steelworks was impractical, because all necessary materials were distant (coal had to be transported from Silesia, and iron from the Soviet Union). The reason for this was to counteract Krakow, known as a religious and intellectual centre with the oldest University in Poland.

Nowa Huta is a district of Krakow from 1951. Today, it is also the historical and cultural monument of communism. The socialist-realist urban complex and buildings are unique in the world and attract tourists. But above all, Nowa Huta became the centre of anti-communist revolution, with its leader Karol Wojtyła—at that time the bishop of Krakow, better known to the world as pope John Paul II

How to experience Krakow?

(Krakow is one of the richest in museum collections in Central Europe. Kraków has more than 50 museums) 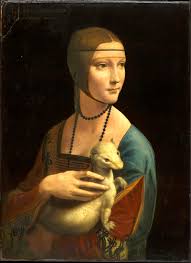 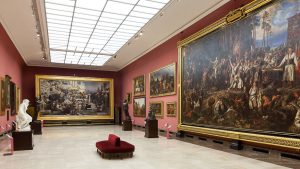 (The unique atmosphere of Krakow is based on its cafes) 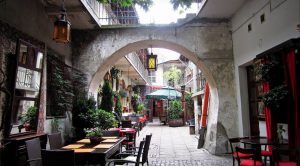 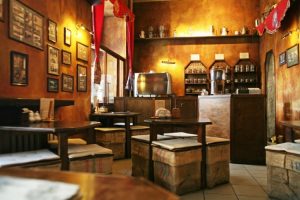 (Krakow has a great variaty of local/traditional restaurants to offer) 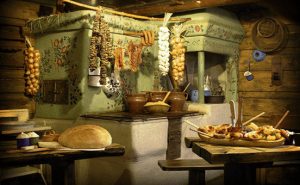 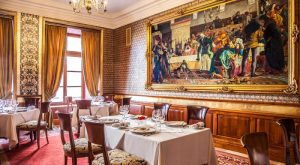